On July 17, Doosan announced its continued role as an official patron of The Open Championship (“The Open”), the oldest tournament in the world and one of the four major championships in men’s professional golf. On July 18-21 (local time), the 148th Open will be staged at Royal Portrush, Northern Ireland, marking a historic return as the first The Open event held outside of mainland Britain since 1951.

Doosan has sponsored The Open for 10 years now. This year, Doosan will exhibit environmentally-friendly excavators, forklift trucks and compact track loaders that meet the latest emissions standards inside the event venue. The exhibits also include the world’s first 1-ton electric mini-excavator developed by Doosan Bobcat.

The Open attracted more than 170,000 spectators and was viewed by 600 million households in 198 countries last year. The Doosan logo, which was placed on five holes and an onsite LED board, gained 32 hours, 17 minutes and 6 seconds of brand exposure during the tournament. On the official homepage of The Open, the Doosan logo was exposed about 32 million times. 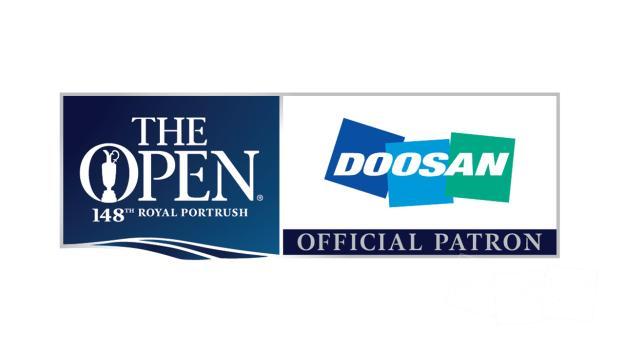